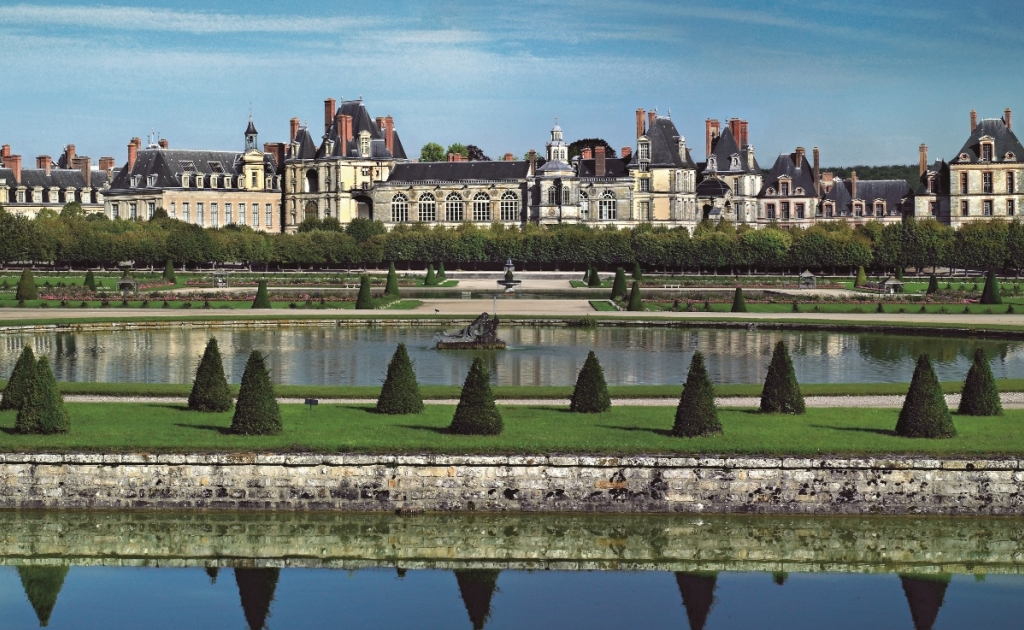 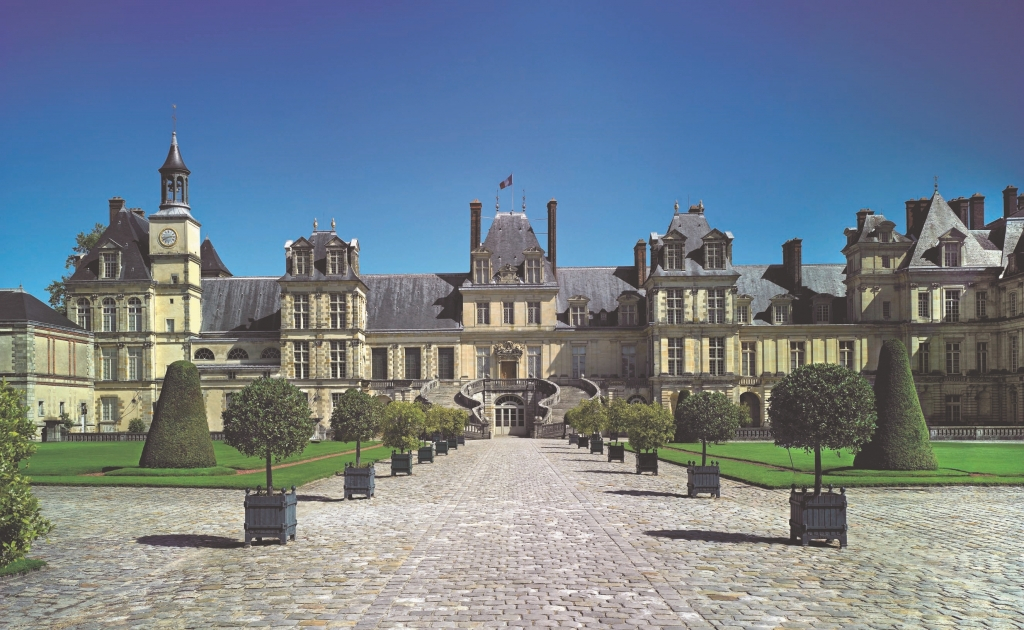 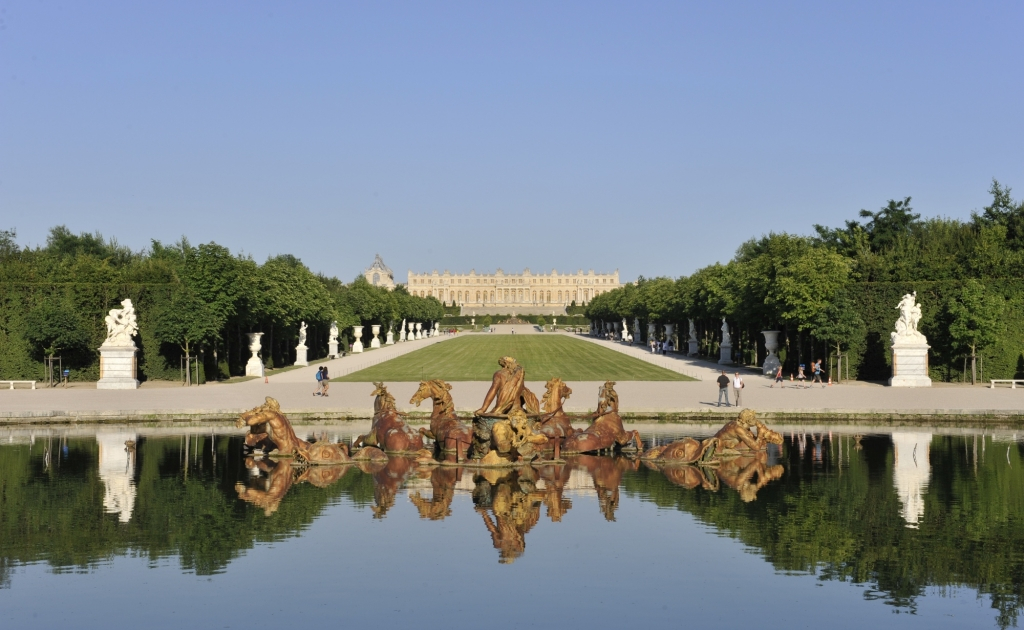 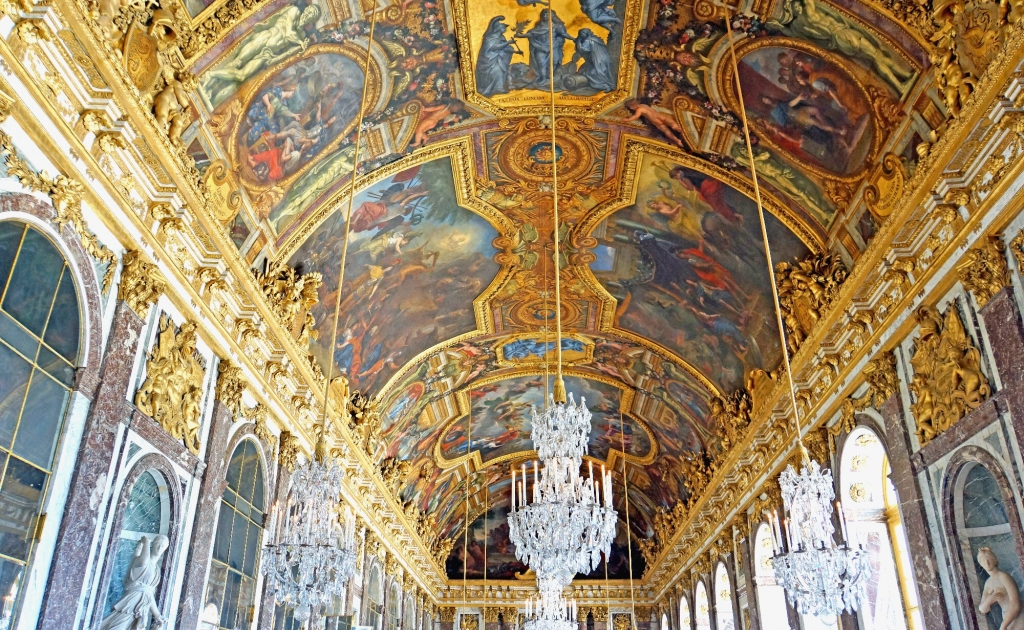 This tour combined Fontainebleau and Versailles, home of French Kings.

Your guide will pick you up at your hotel and cross La Brie famous French country side before reaching the palace after 50 minutes drive.

The first foundations of the Palace dated from the 12th century. King Philippe Auguste and Saint Louis were fond of Fontainebleau. It was during the Renaissance with King François 1 that the palace underwent its most spectacular transformations. The Sun King used to spend every autumn in the place during hunting season. The Queen Marie Antoinette and especially Napoléon has refurnished the Palace.

Fontainebleau palace spreads across four main court yards. The diversity of the buildings is testimony of the successive constructions undertaken from the 16th until the 19th century. You will start this visit in crossing the gate of honour to access to the white horse courtyard with its famous horseshoe stair case built in 1634 which drive you to the State & Private Apartments and Galleries of which the most famous : Francois I gallery. All the rooms are lavishly furnished with furniture of the Renaissance and Napoléon period and recently renovated. The Throne room is unique in France.

Francois I was responsible for creating the gardens where water has always played an important role. The English garden and the lay out of the French garden: le Grand Parterre have been designed by Le Vau and Le Nôtre.

Your guide will either guide you inside the Palace or provide an audio-guide in your language to follow this visit of one of the most spectacular and splendid palace of France.

You will go to Versailles where you will have lunch.

With its three chateaux, gardens and parks, Versailles is an immense estate. Louis XIV, called the Sun King, is the creative force of Versailles. He turned Versailles into a sumptuous estate and the symbol of absolute monarchy in the 17th century.

Louis Le Vau and then Jules Hardouin-Mansart and Charles Lebrun are the main architects both Versailles and the Grand Trianon and André Le Nôtre for the gardens.

You will visit the State Apartments with its 8 rooms, the Hall of Mirrors, the King and Queens’ apartments and since July 2006 some new rooms recently renovated, the Royal Chapel and the Royal Opera.

Your visit in the castle is with an audio-guide in your language. This is the only difference with a guided visit of Versailles (we also provide this tour).

After this visit which lasts around 1 hour and 10 minutes, our guide will accompany you to the gardens.

Beyond the chateau, stretch the gardens and the park. At the foot of the chateau, Le Nôtre created the parterres, designed to be viewed from the terraces. You will see the Grande Perspective which draws the eye to the horizon with its Latona and Apollo fountains. You will stroll to the north and south parterres full of flowers. You will see the various groves in the gardens : the Baldroom and the Colonnade, the Enceladus…and some others our guide will let you discover.

Stroll around the fountains and admire the water jets, explore the groves while enjoying live music concert from Lully the most famous Versailles musical composer from the 17th century.

Our guide will drop you off at your hotel after this very intensive visit which will throw you back to the century of lights.